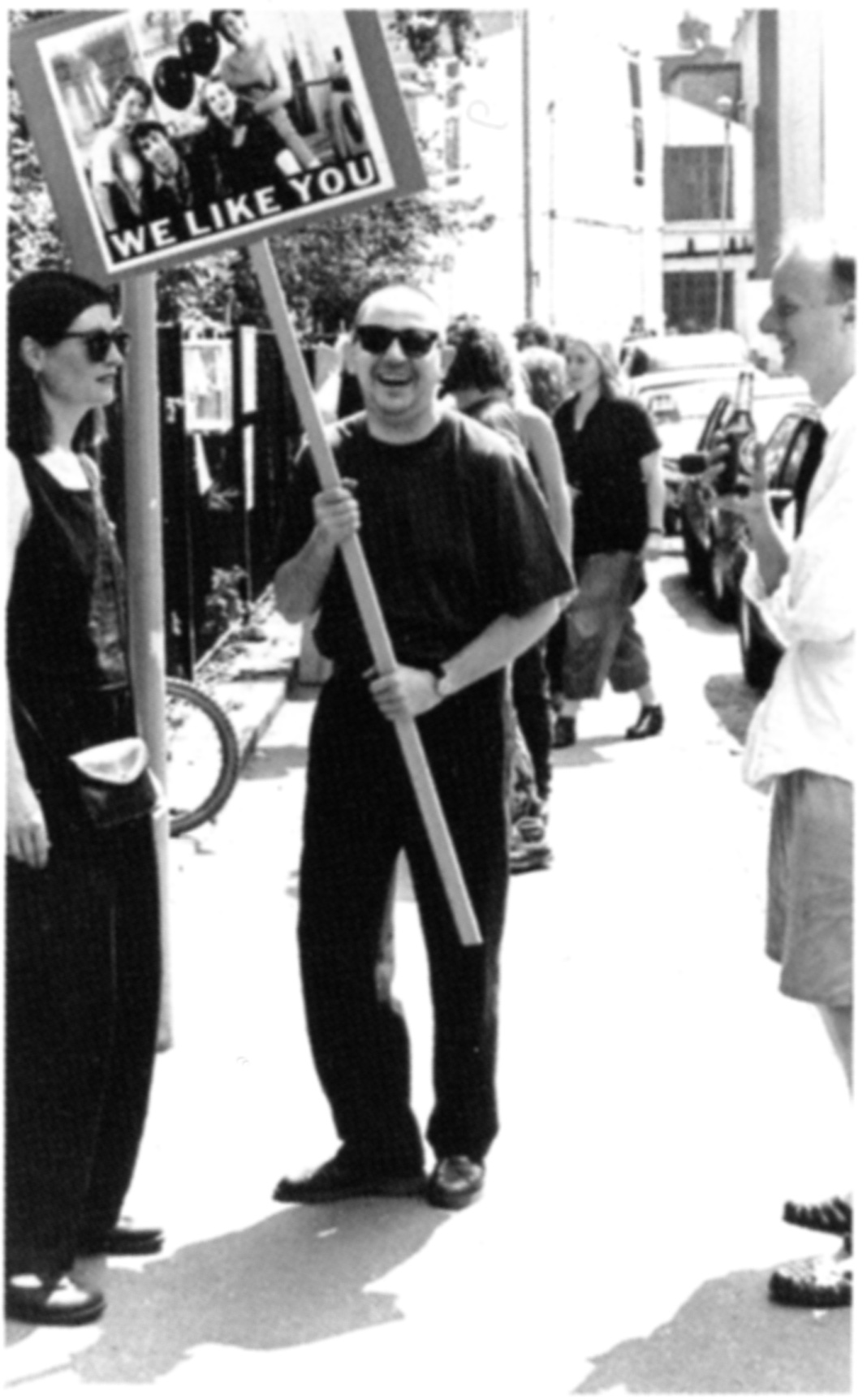 In 1993 following Art in Ruins’ ‘triumph’ in Berlin we were invited to Graz to install our work in an exhibition entitled Krieg.(1) We were directed to a large space, one half of which was given over to a Polish artist’s photographs which were already installed.

It did not take us long to arrange the props of our Malcolm X fashion shoot – large framed photograph, CD player, tapes, hip hop T-shirt and photographic lamps. We left to go for a beer.

When we returned a couple of hours later the floor was strewn with light fittings and our installation looked a complete mess. We were told by a technician that the minute we left, the other artist asked for all the light fittings above our installation to be removed and the technicians had simply left them on the floor. We were extremely insulted and threatened to withdraw from the exhibition unless we received an apology.

Christine Frisinghelli, one of the curators, apologized on behalf of the technicians, but no apology was forthcoming from the artist. We said that if he didn’t apologise in person, either his work should be moved somewhere else or we would withdraw. Of course as the day went on a crisis blew up.

Werner Fenz, co-curator, explained at some length about the artist’s concern for controlled light. We replied that we didn’t understand why he waited until we left and why he hadn’t just talked to us. He went on to say that his space had been especially constructed and that it would be extremely difficult to reconstruct it elsewhere in time for the opening of the show.

The following day we had a long and pleasant conference with artist and curator Peter Weibel where we discussed our differing philosophical positions and strategies; but with the conflict still unresolved, we left to go for a beer.

In the artists’ bar nearby, we overheard someone say loudly and pointedly “Every time artists from Eastern Europe are included in a show with Western artists, it’s the East Europeans who always get a bad deal.”

We looked at each other, finished our beer, went back and told the curators that we should all forget the incident. The exhibition opening went as planned and in a bar afterwards we briefly sat down next to the Polish artist.

“Well, it turned out OK then” we said.

He turned to us and without a smile he said “No. I should have asked for a wall to be constructed between our work.”

Sometime after this we were invited to Munich for twelve months as Guest Professors at the Academy of Fine Art. Some of the students had formed a loose group and had worked for a year with our predecessor, the New York artist Dennis Adams. We held a seminar with these and other students who wanted to work together with social issues in some way.(2)

We talked to them about the early work of General Idea, which treated the art world as a conceptual construction site – that is, a site for the realisation of the fictional 1984 Miss General Idea Pavilion with the artists as project managers and their exhibitions as performative events for the staging of the fictions of art. When the year 1984 came around, a great fire swept through and engulfed the fictional pavilion, thus saving General Idea from having to actually construct it and allowing them to exhibit instead ruins salvaged from the wreckage. Fake ruins from a fictional construction which were as costly to transport to art world sites as real ruins. 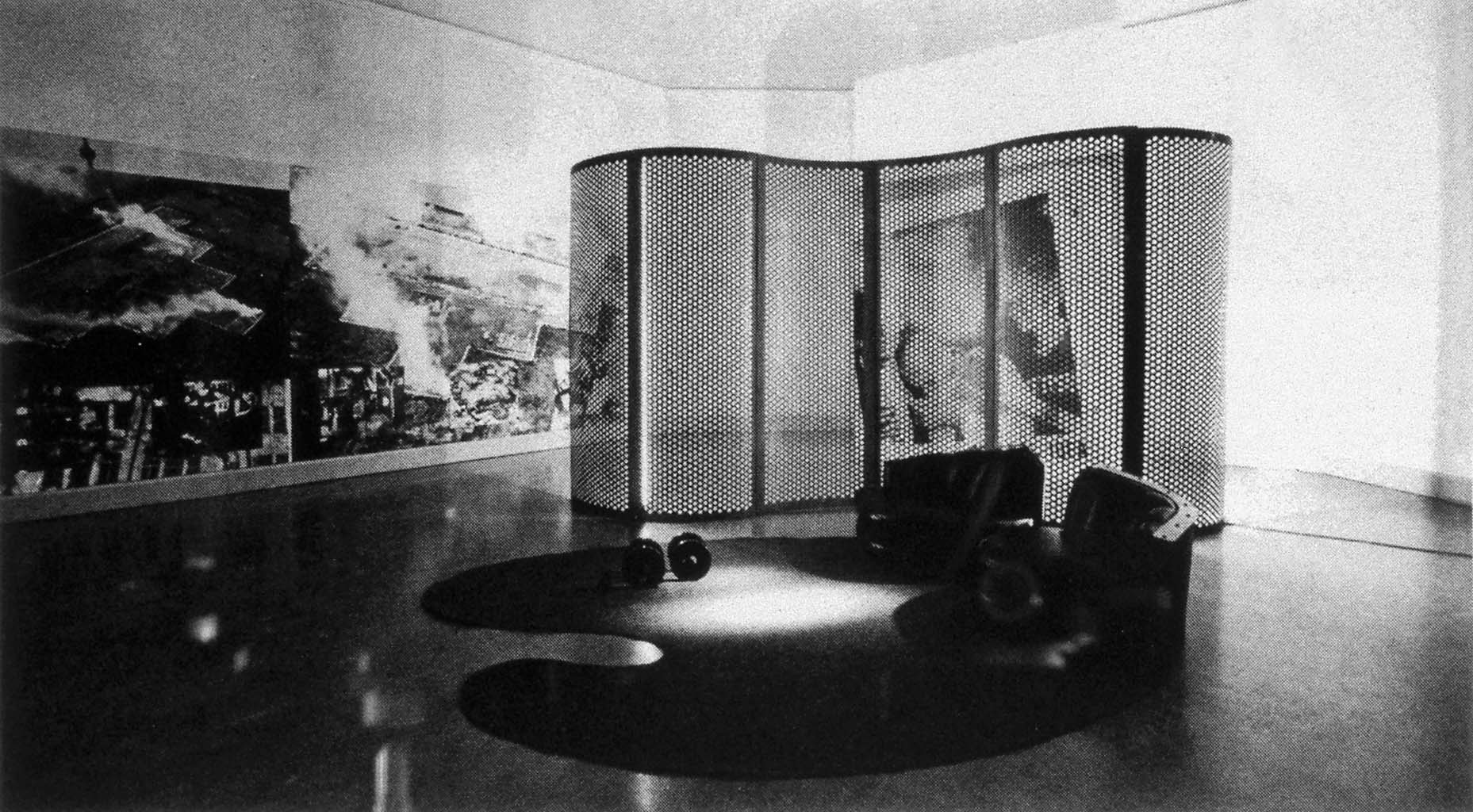 We also told them that we had recently been invited to Swindon, a new town west of London. We were asked to visit to make a proposal for a public sculpture of some sort in woodland in a park in the town. As we walked with the curator to get a coffee, she pointed out the empty space running in both directions and told us that there used to be a canal that ran right through the middle of the town but it was filled in and pedestrianized in the 1950s.

A community group was formed shortly afterwards which began to meet in the local library. There were initially few members but their aims were to reinstate the canal through the centre, and to conserve the remaining canal which now stopped in a basin on the edge of the town. The group persevered and over time grew in numbers, being joined by boat and canal barge owners, as well as local historians, etc.

At first the local council ridiculed the group as eccentric and ‘anti-progress’ and their concept as a completely unrealisable fantasy. Gradually however, their persistence in promoting their cause in public and in council meetings meant that the council began to treat them with caution. Eventually, the group’s representatives were invited to council planning meetings where councilors, by now fearing ridicule themselves, had to show more respect for their proposals.

Finally, the reinstatement of the canal came to be included in town planning policy as a possibility for future consideration. This meant that the group began to attend council meetings to hear planning applications, which now had to take into account the possibility, however unlikely, that the canal, at some time in the future, might in fact be reinstated.

As the years went by and the wave of de-industrialisation swept through the country, desperate councils began to search for ‘post-industrial’ cultural attractions to distinguish one ruined local economy from another. Distinctions based on history, geography, labour, myth, et al. were seized upon as local generators for ‘postmodern reconstruction’ as a consumer / leisure / tourist economy.

In the case of Swindon of course, the council seized upon the idea that the canal basin was a marina-in-waiting with potential for canal-side housing projects and … a newly restored canal running through the centre of town. 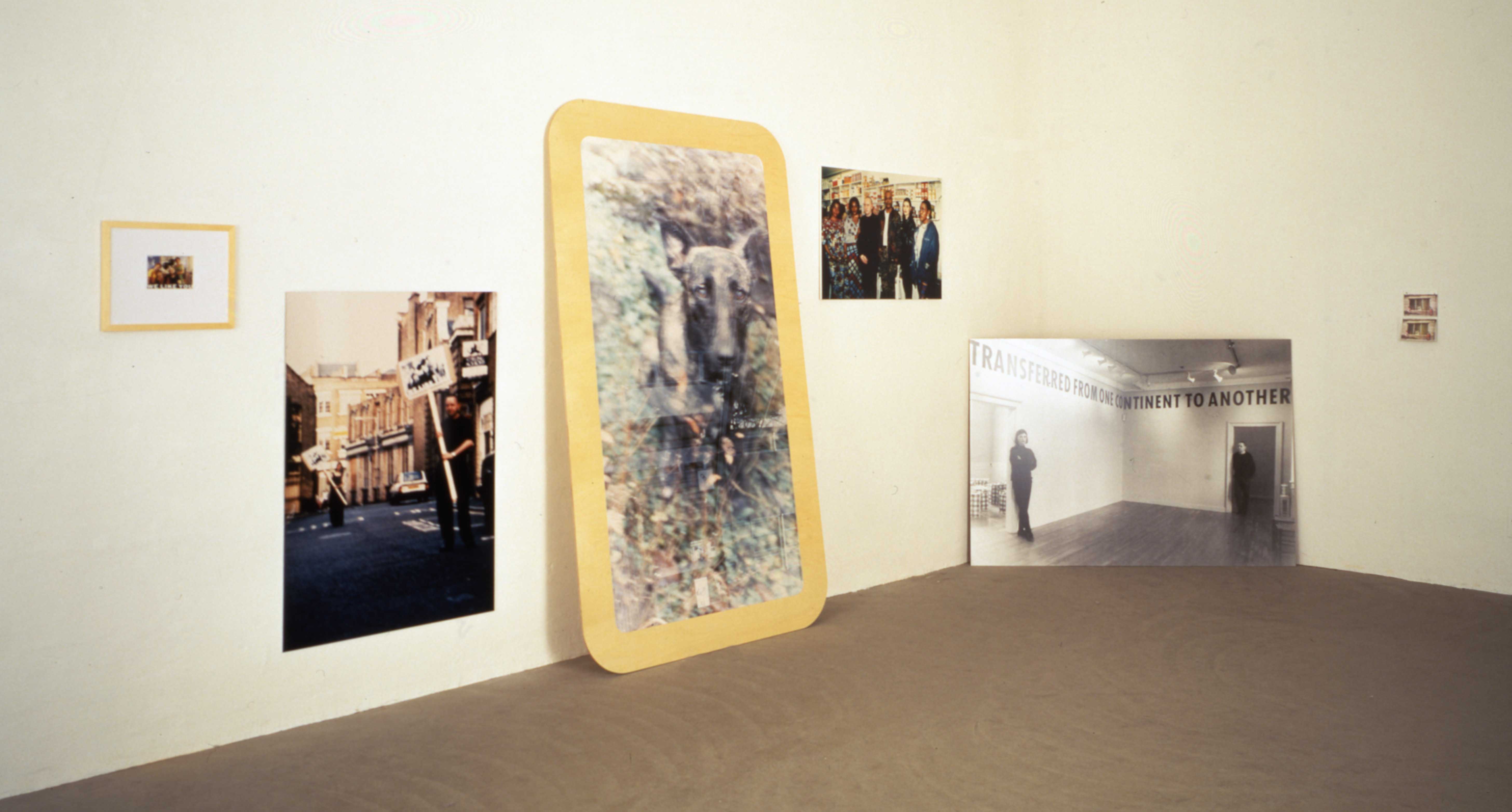 The following year, we were invited back to Graz to install our work in an exhibition entitled Radikale Bilder.(3) This time round we asked for the museum’s technical staff to fabricate our work, which they did without any problems. The work consisted of a selection of mediocre photographs – out of focus, double exposure, and so on – in various sizes and formats. A collection of broken reflections of Art in Ruins.

The installation went smoothly and at the party after the opening the technicians all arrived with heads shaven wearing T-shirts printed with the title of our work … We Like You.(4)

Following this betrayal, Werner Fenz said that he would like us to think about a retrospective at the Landesmuseum in Graz, saying that he knew that it would be difficult – as for Art in Ruins it would have to be a project and not a normal retrospective.

We were both surprised and somewhat disturbed by this proposal as we always considered any retrospective, by its very nature, as confirmation of the neutralisation of any live practice.(5)

So we were relieved when he went on to explain that it would be financially necessary to collaborate with another institution either in Germany or Britain, as we suspected, rightly, that this would almost certainly go nowhere.(6)

Instead, sometime later Art in Ruins were asked to contribute work to another exhibition in Graz … on the theme of War.(7)