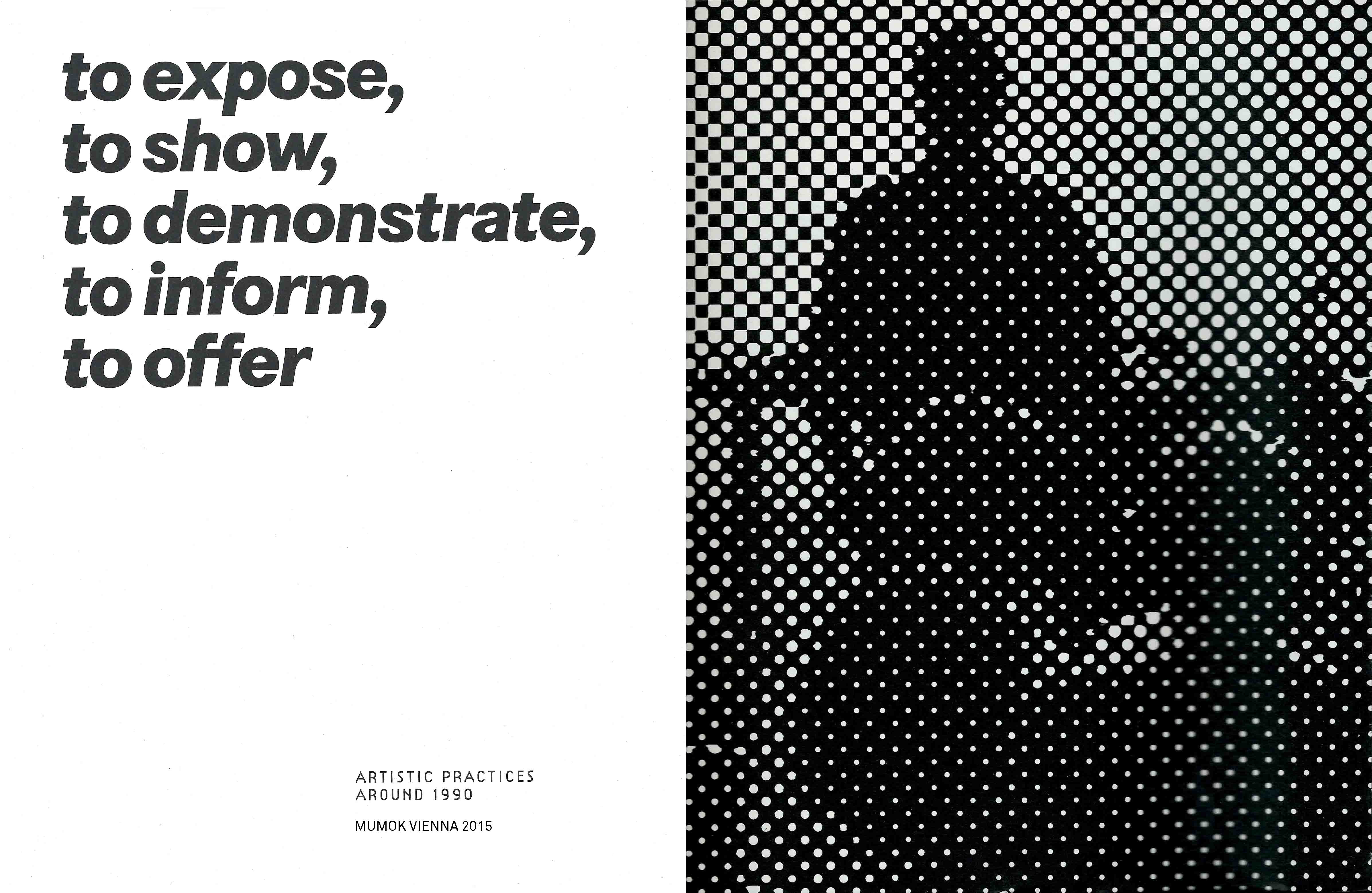 In retrospect, rather than 37 Rooms the exhibition trap (1993) … at Kunst-Werke seems more paradigmatic, and to an extent symptomatic, of the early-90s to mid-90s Berlin scene.

The exhibition trap, a polemical installation organised by the British artist duo Art in Ruins, Stephan Geene of the theatre and theory group minimal club, and BüroBert (Renate Lorenz and Jochen Becker), referred to three traps, defined by the organisers, for the politicisation of art: that political art taken out of its original social context became its antithesis – aestheticized products linked to artists’ names; that the German art scene imported the political activism of New York art of the late ‘80s and early ‘90s, but failed to apply to its own context the critique of social hierarchies and mechanisms of exclusion; and that it excluded political action from the cultural sphere by ignoring it or attacking it as moralistic. This formulation of three “traps” was on one level a response to the specific situation after reunification – namely the strong right-wing tendencies in German politics towards foreigners at the time, and on another level – with its criticism of “issue import” – responded to the exhibition print and issues that took place simultaneously, and which showed works by US artists representing a spectrum of political perspectives of counter culture and identity politics …

… an exhibition such as trap could have been a decisive stimulus for the Berlin art world as an intellectual environment. But the problem was not its attempt to discuss the failures of the social environment of the art world (its political shortcomings, its sexisms and hierarchies, etc.), rather the way it was done. The official intention of the instalment was to kill two birds with one stone: to introduce an intellectually confrontational polemics into a largely de-intellectualised Berlin art scene while at the same time countering what was perceived as the perils of a young, contemporary art scene – at the time still based predominantly in Cologne and Düsseldorf, and supposedly importing US paradigms of politically engaged art yet failing to apply its implications to their own social environment.

The intellectual environment it represented co-effected a rhetoric that remained prevalent for some years – it brought back into effect pressing questions about the social and political relevance of artistic practice, and addressed important issues – migration, women’s rights, biotechnology – in often original and thought-provoking ways … but the show’s effect in retrospect was a different one … (not necessarily only of trap itself but of the attitude it demonstrated) was that Kunst-Werke itself … was held in limbo … an abyss opened up between the “political” and the “non-political” art scenes. Gallerists were doing their business and felt entitled to ignore a “political” art scene that ignored them. All of this of course played into the hands of those who were happy to get rid of critical impulses in the art system anyway. The chance was missed to form an unorthodox alliance that would have helped to strengthen Berlin’s new independent art scene vis a vis the unholy alliance that was starting to form between the stubborn municipal nomenclatura … and parts of the new political and economic elite that were not so much interested in the advent of contemporary cultural production, but in a more revisionist prospect of re-establishing the old representational grandeur and elitism of pre-Weimar, Prussian Berlin.

The exhibition, or should we say project is named trap, and organized by artists rather than professional curators, namely the two groups Art in Ruins and BüroBert (Renate Lorenz and Jochen Becker) and Stephan Geene, then a member of the group Minimal Club. As such, the exhibition … did not consist of a number of assembled artworks, but was, rather a work in itself, what has been termed a project exhibition, and consisted of various material and examples, as well as a graphic display of text, posing specific questions on the role of the artists in relation to the political (in Germany at the time). A number of traps facing the cultural producer was presented, such as the co-optation of political artists, the aestheticization of politics and so on, as well as a critique of the commoditization of politics in art implied by such exhibitions as Kontext Kunst, for example. The exhibition did thus not want to contribute to the production of new images, but question the politics of the image, and positing a radical institutional critique. Its attempted radical break was thus not one of presenting the new, but rather one of refusal, although the visual style has, of course, subsequently been partially mainstreamed as info-aesthetics, as well as rejected and criticized by art criticism for being exactly that. 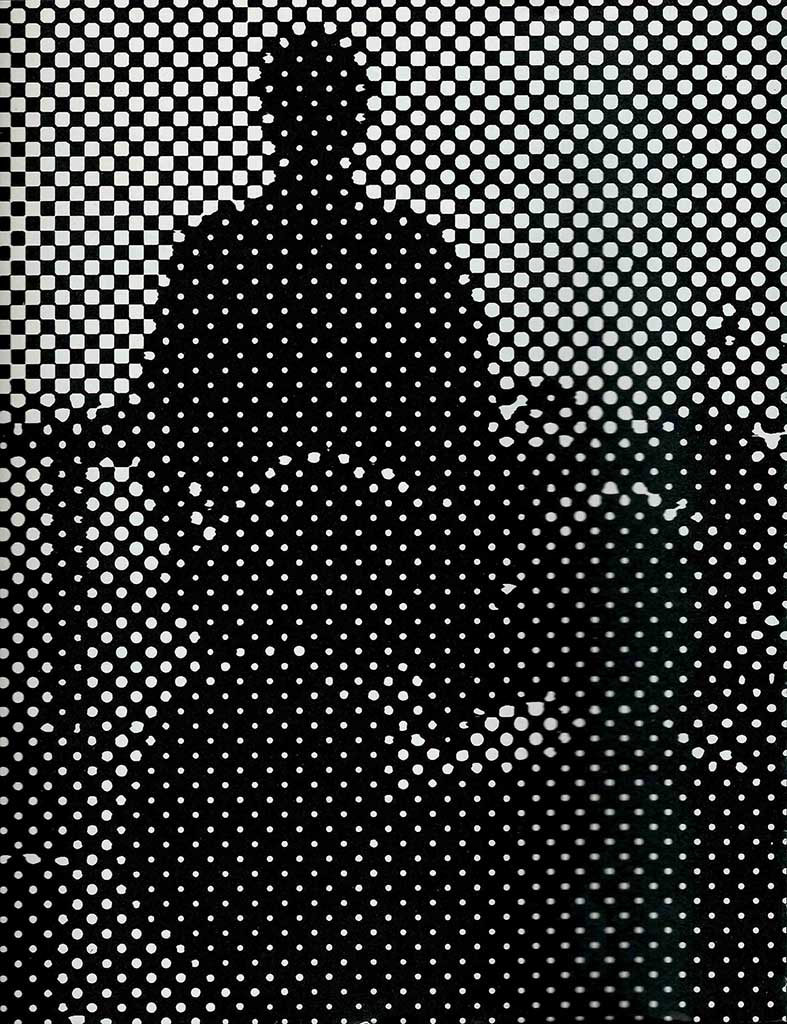 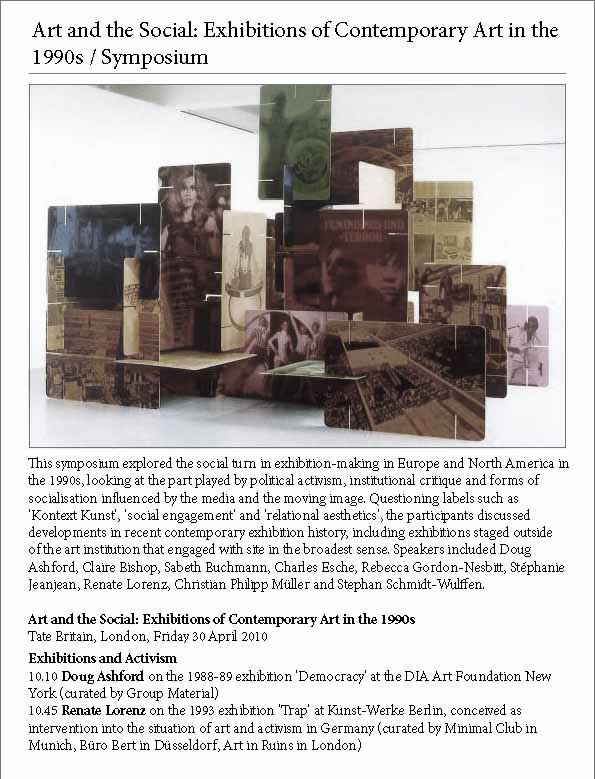