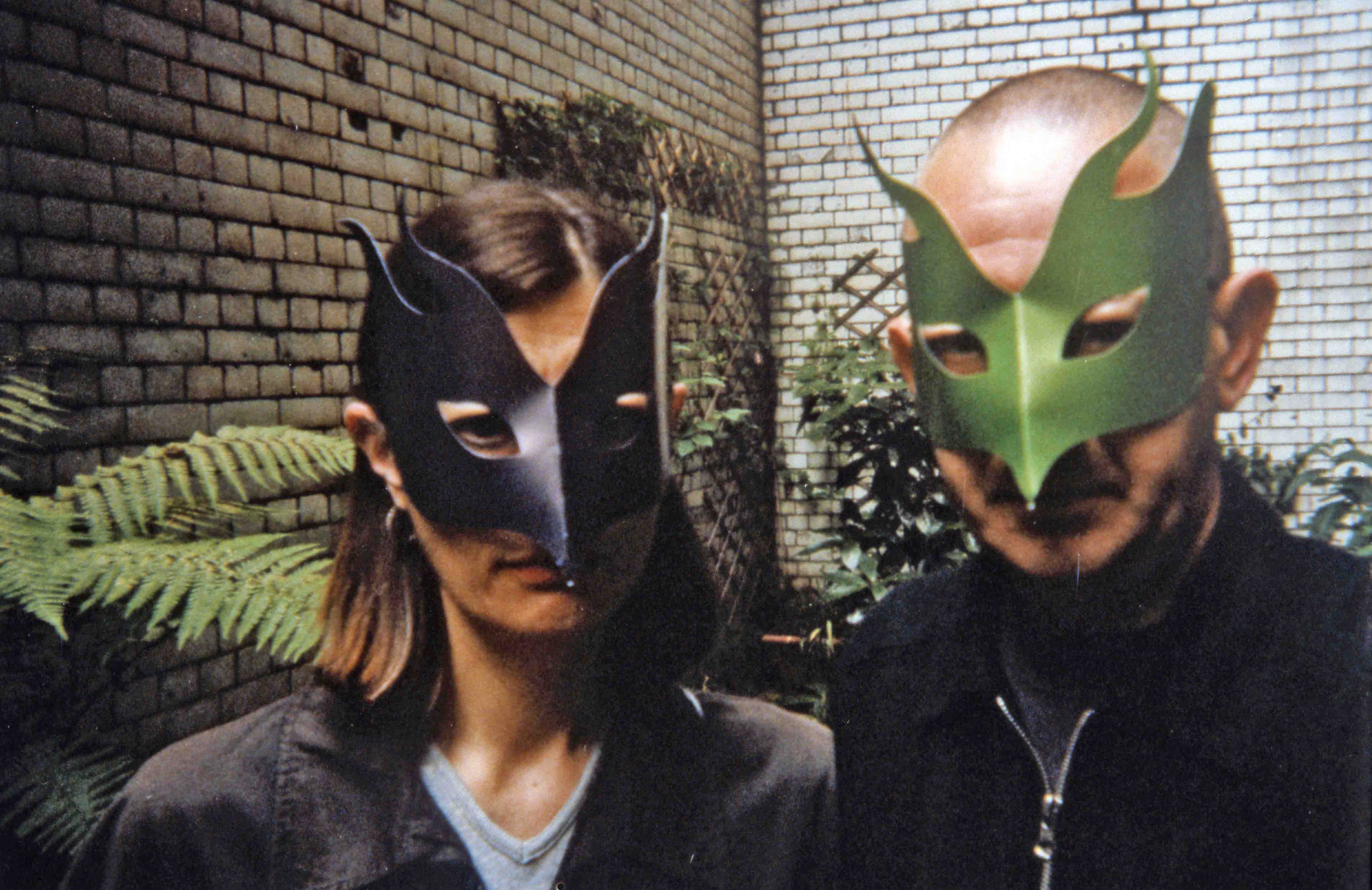 It was a Sunday afternoon and we had nowhere else to meet the international curator from Vienna but the ICA bar. We explained to her that we do not have a studio and that we had also just been evicted from where we lived.

She replied “It’s quite common nowadays”, saying that she had just come from a meeting over a coffee with a young video artist who told her that “the street is my studio.”

She explained to us that the concept for the exhibition she was organising was the contemporary artist’s relationship to media, society and social change and asked us what we had been up to. We told her about ‘Reclaim the Streets’, about how we had seen a poster and gone to the designated meeting place at Liverpool Street station on the day and how, with thousands of others of all ages and lifestyles, some walking, some cycling, had split into smaller groups and set off in different directions across London to confuse the police as to the actual venue of the event.

For more than three hours, walking down the middle of the road blowing our whistles in the blazing mid-summer sunshine, bringing the traffic to a complete standstill, we gave the police the run-around whilst a stretch of motorway in West London was taken over and closed down for the rest of the day. Each group had a ‘minder’ with a mobile and as soon as the venue was secure everyone had to get there before the police sealed off the area.

We decided however, to keep walking; through Trafalgar Square, up Shaftesbury Avenue to Oxford Circus and Marble Arch and onwards to the motorway at Shepherds Bush, with the traffic behind us all the way grinding to a halt. Many ordinary pedestrians didn’t even seem to notice the absence of cars and buses in one lane along the whole of Oxford Street and continued with the Saturday shopping.

By the time we finally arrived everything was in full swing with the motorway closed at either end and scores of police who made no attempt to prevent us from joining the fun. For the next few hours under the watchful eye of a police helicopter above, thousands celebrated what I-D magazine called “the party of the decade.” As we danced next to the techno-truck a team of volunteers cut through the tarmac with a pneumatic drill under cover of a giant puppet tent and planted a tree.

“This is fantastic, did you video it?” asked the excited curator.
We told her how we had bought a cheap throwaway camera to record the event in case of any violence.
“What a pity …” She said.
We replied that the police had videoed the whole thing … and maybe she could invite them to be in the exhibition. 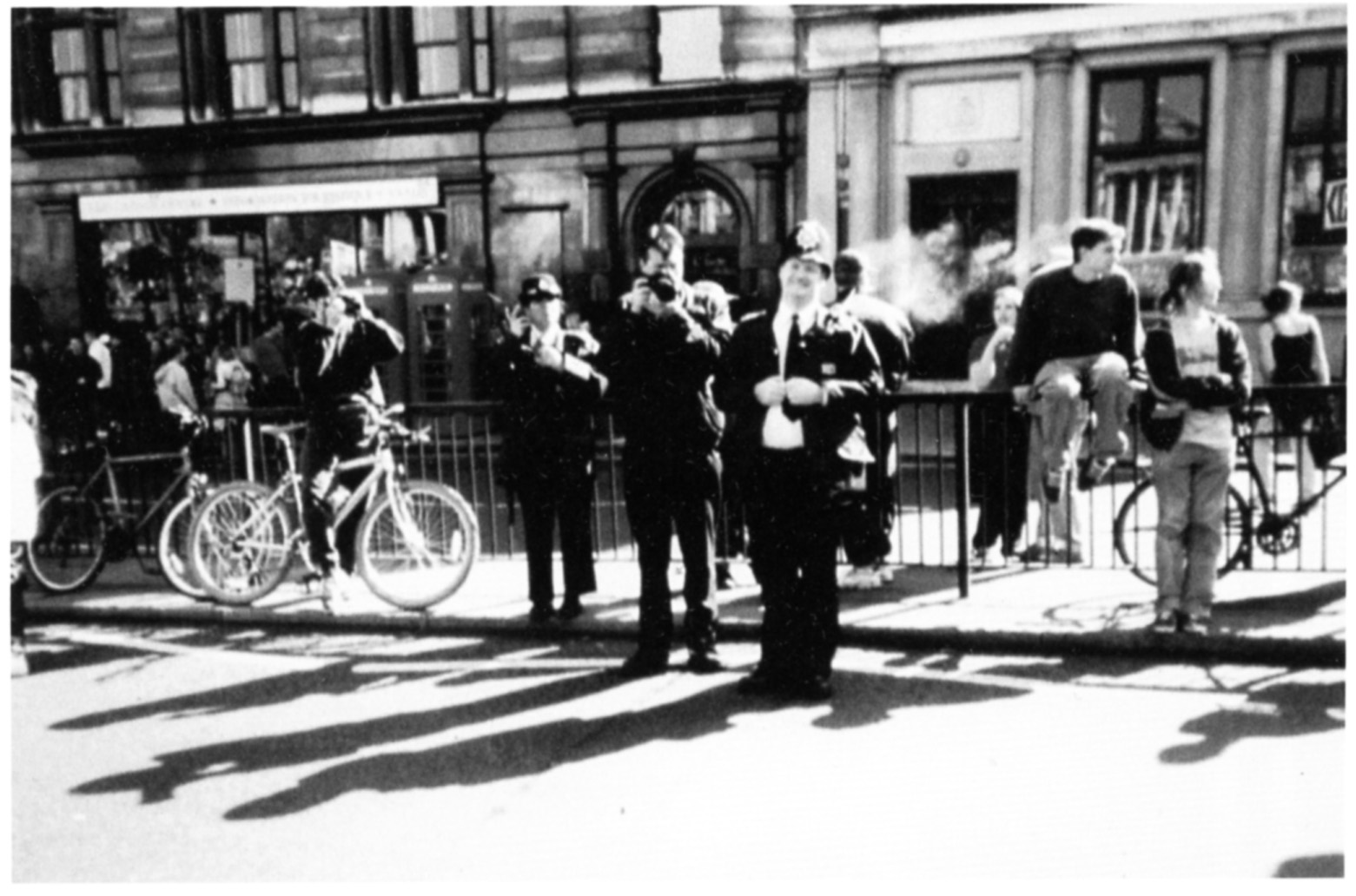 Text first published in catalogue to East International open exhibition. Norwich Gallery. Selected by Kieth Piper and Sebastien Lopez, 2000.
Text included as part of installation:
We Live Here: Reclaim the Streets in open exhibition What Difference Does it Make? Cambridge Darkroom, 1998.
Appearances are Against Us Art in Ruins, John Hansard Gallery, Southampton 2000.