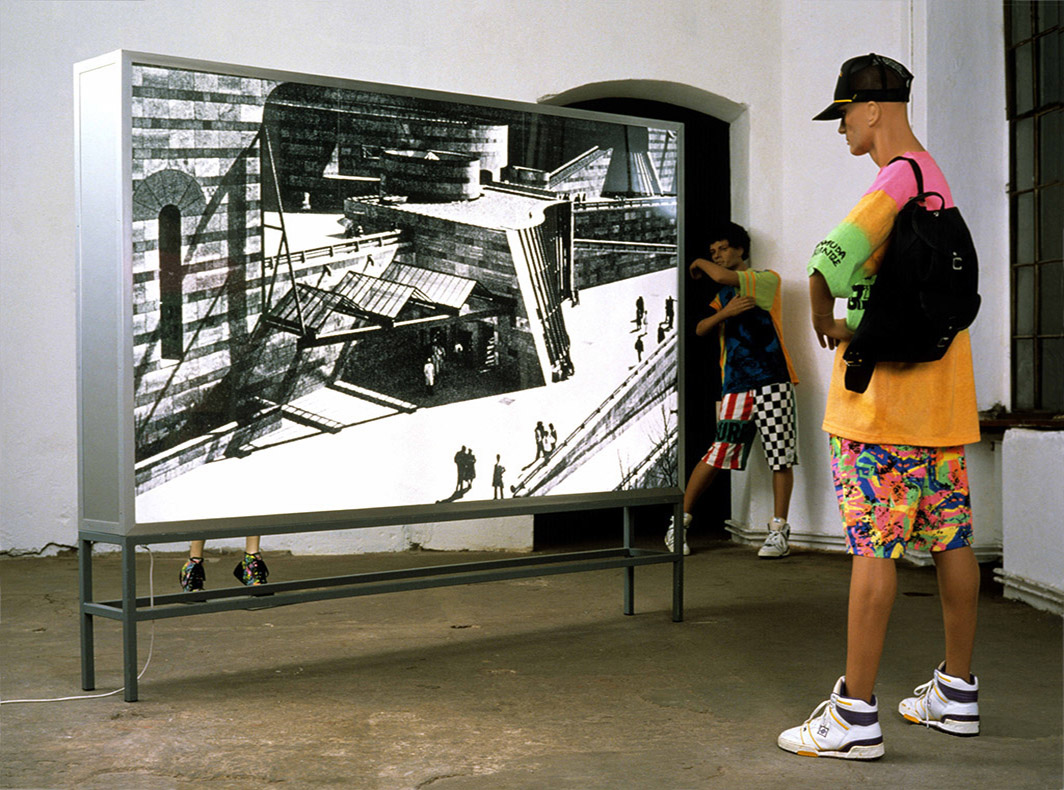 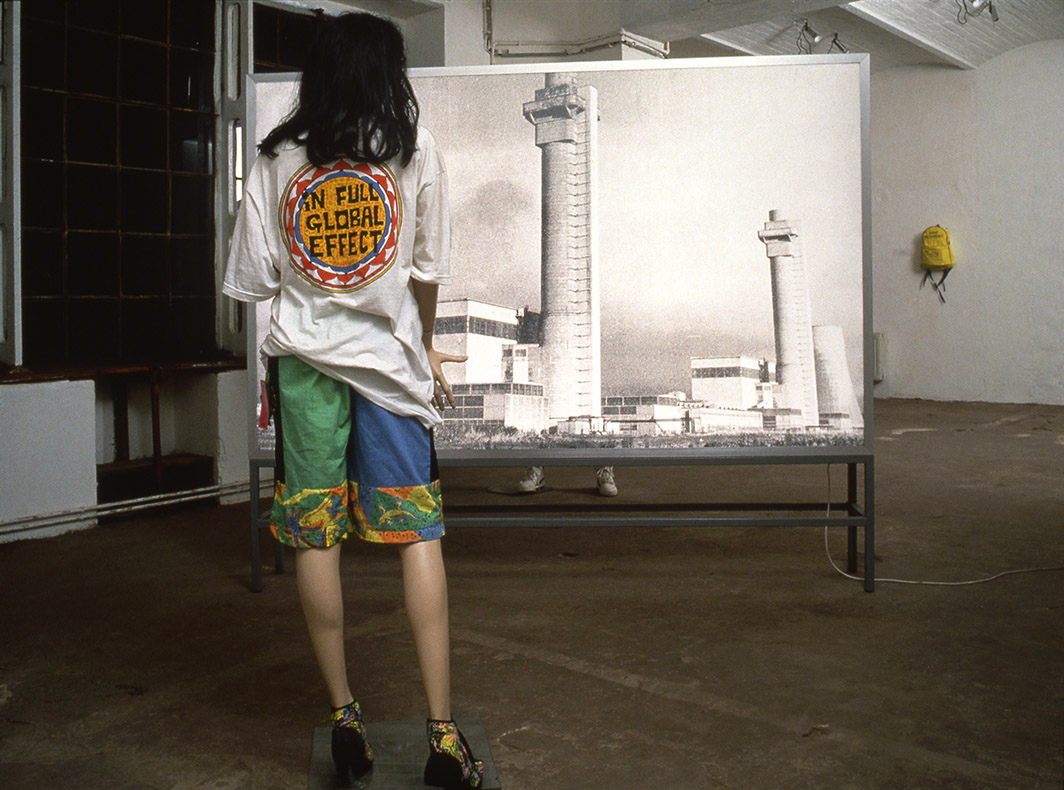 Experience ruins the Image:
An alphabeticized culture with projects by Art in Ruins
by Melitta Kliege

As if the Berlin public would not understand the work immediately the London duo Hannah Vowles and Glyn Banks, who have worked under the name Art in Ruins since 1984, presented their show ‘Propaganda as Readymade ‘ twice.

In an extended version the exhibition project, which had been on show in the Künstlerhaus Bethanien only months earlier, was repeated in the spaces of Wiensowski and Harbord. Already the title of the exhibition allows in reference to Duchamp the assumption that we are dealing with self-referential art production. However, the formal canon of contemporary art quoted in the exhibition, which manifests itself as photography, text or monochrome planes, is countered with political motives. The applied icons of anti-racism, the solidarity articles of the African National Congress or the institutional plaque of the World Bank however, raise the question whether politically motivated art can suffice through name-dropping.

This impression is proved wrong. Not through visual engagement but only through the catalogue it becomes evident that the project by ‘Art in Ruins is not constituted by self-referential games or an enterist position, which attempts to flatter the actualities of socially relevant art with political quotations. In this case a historically operating artistic method is used with the aim of consolidating art with its context. 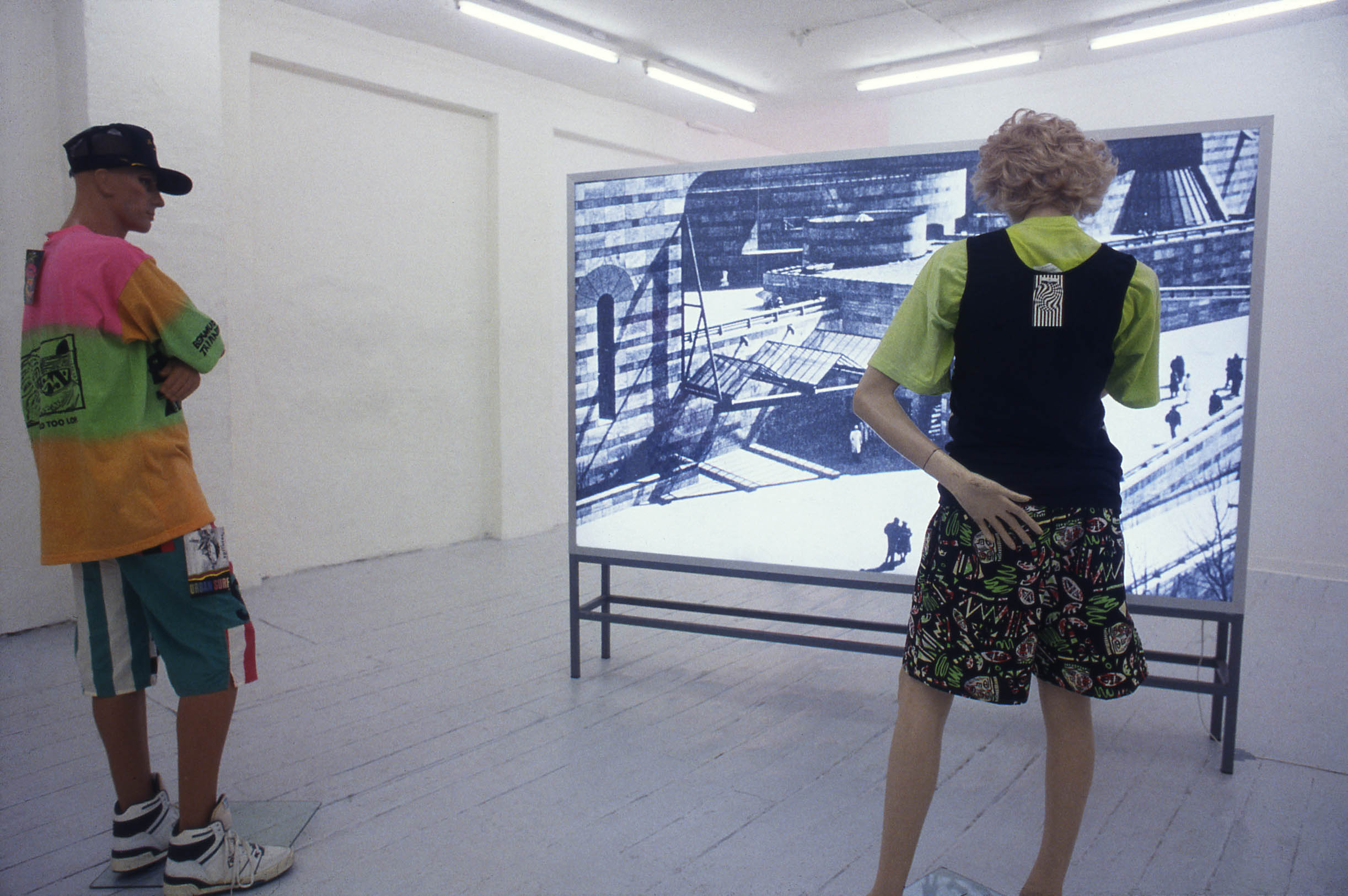 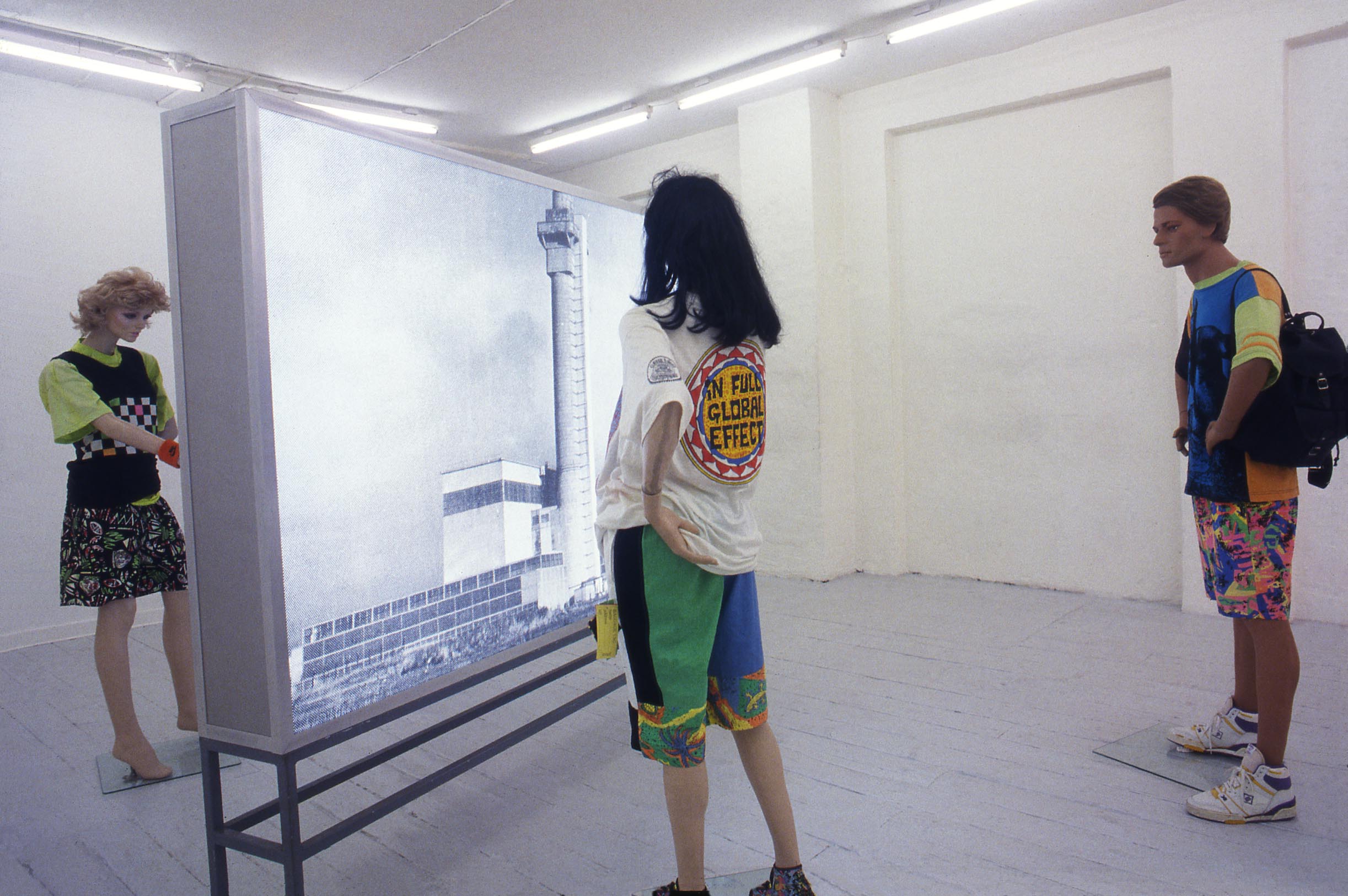