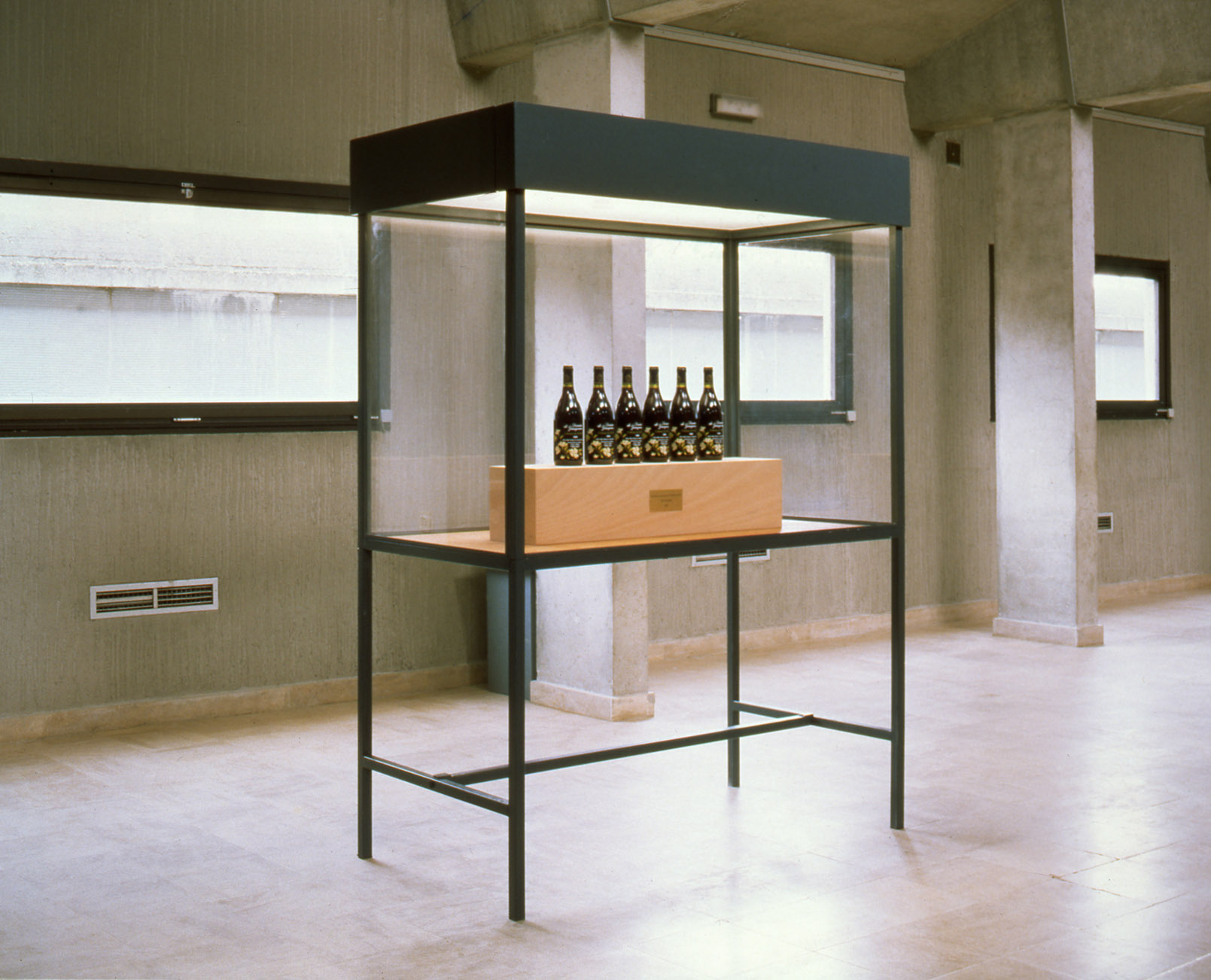 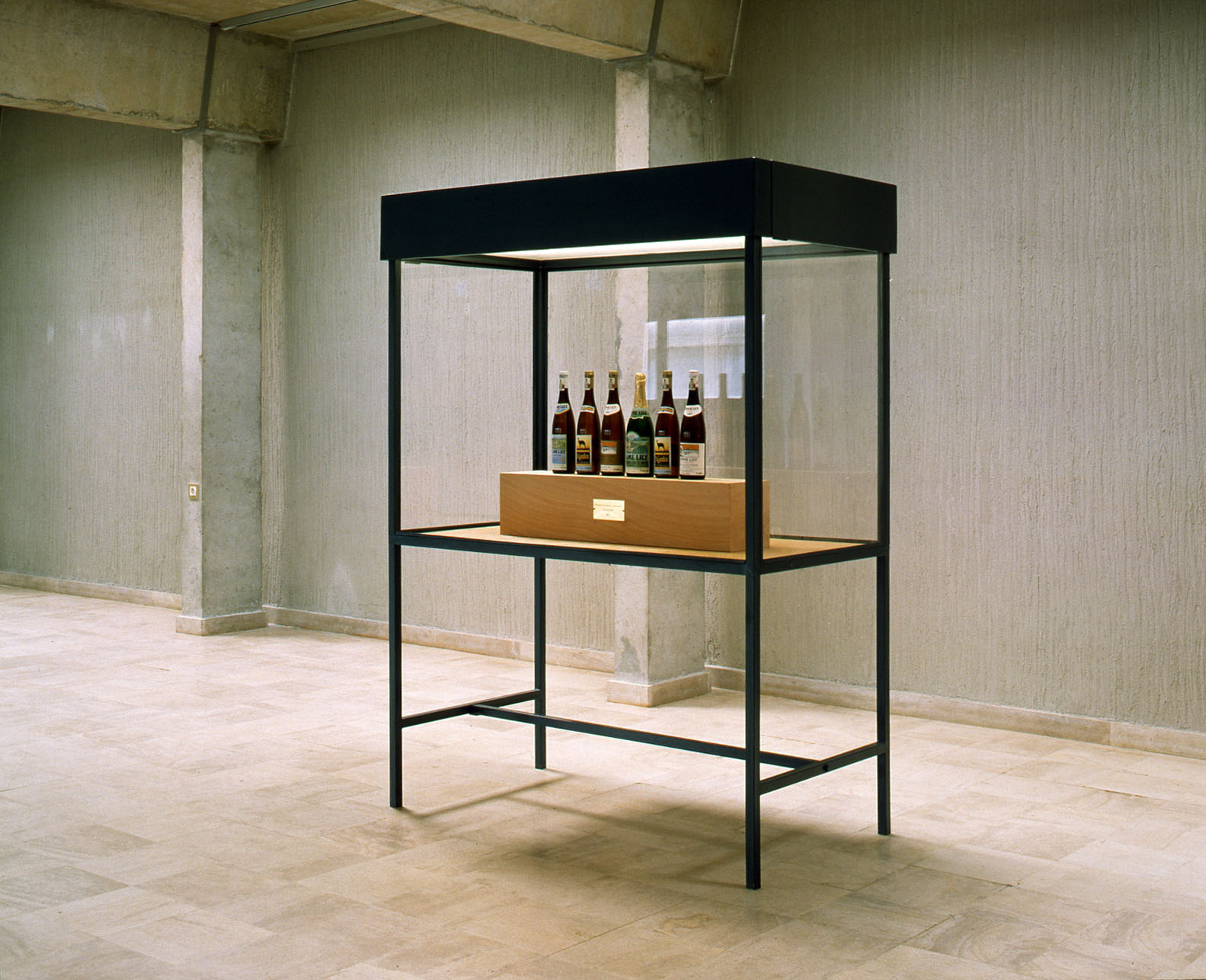 The progress of the French nuclear programme and its tests in the Sahara probably helped the Israeli programme. This was a period when France was quite close to Israel in terms of economic and technological collaboration. The French helped the Israelis build a nuclear reactor at Demona and seemed at times to be closer to the Israelis in sharing nuclear secrets than even the Americans were. The evidence is clear – the French nuclear programme in the late 1950s and 1960s served as a midwife to the Israeli nuclear programme. And French tests in the Sahara were part of France’s nuclear infrastructure in that period.
By a curious twist of destiny, the Israeli nuclear programme in turn came to serve as a midwife to the nuclear efforts of the Republic of South Africa in the 1970s and 1980s. Relations between the two countries cooled a little after the Sharpeville massacre of 1960 and when Israel briefly considered the possibility of extending aid to African liberation movements in southern Africa. But by 1970 there were clear improvements in economic relationships. After Black Africa’s almost complete diplomatic break with Israel in 1973, co-operation between Israel and South Africa entered new areas, including the nuclear field. When a nuclear explosion occurred in the South Atlantic in September 1979, the question which arose was whether it was primarily a South African nuclear experiment undertaken with Israeli technical aid, or primarily an Israeli explosive experiment carried out with South Africa’s logistical support. A cover-up policy was pursued by both countries, helped in part by their Western allies, especially the Carter Administration in the United States. The cyclical nuclear equation was about to be completed. The Sahara had aided France’s nuclear programme. France had aided Israel’s nuclear design, and Israel had in turn aided South Africa’s nuclear ambitions. Kwame Nkrumah’s earlier fear of a linkage between nuclear tests in the Sahara and racism in South Africa had found astonishing vindication nearly two decades later. It was in April 1960 that Nkrumah had addressed an international meeting in Accra in the following terms:

Fellow Africans and friends : there are two threatening swords of Damocles over the continent, and we must remove them. These are nuclear tests in the Sahara by the French Government and the apartheid policy of the Government of the Union of South Africa … It would be a great mistake to imagine that the achievement of political independence by certain areas in Africa will automatically mean the end of the struggle. It is merely the beginning of the struggle.

It has turned out that Nkrumah’s thesis of « two swords of Damocles », one nuclear and one racist, was prophetic. The Republic of South Africa is using nuclear power as a potentially stabilising factor in defense of apartheid. The old nuclear fall-out in the Sahara in the 1960s involved a linkage between racism and nuclear weapons which is only just beginning to reveal itself.

© Ali A MAZRUI 1986
from The Africans: A Triple Heritage
BBC Publications London 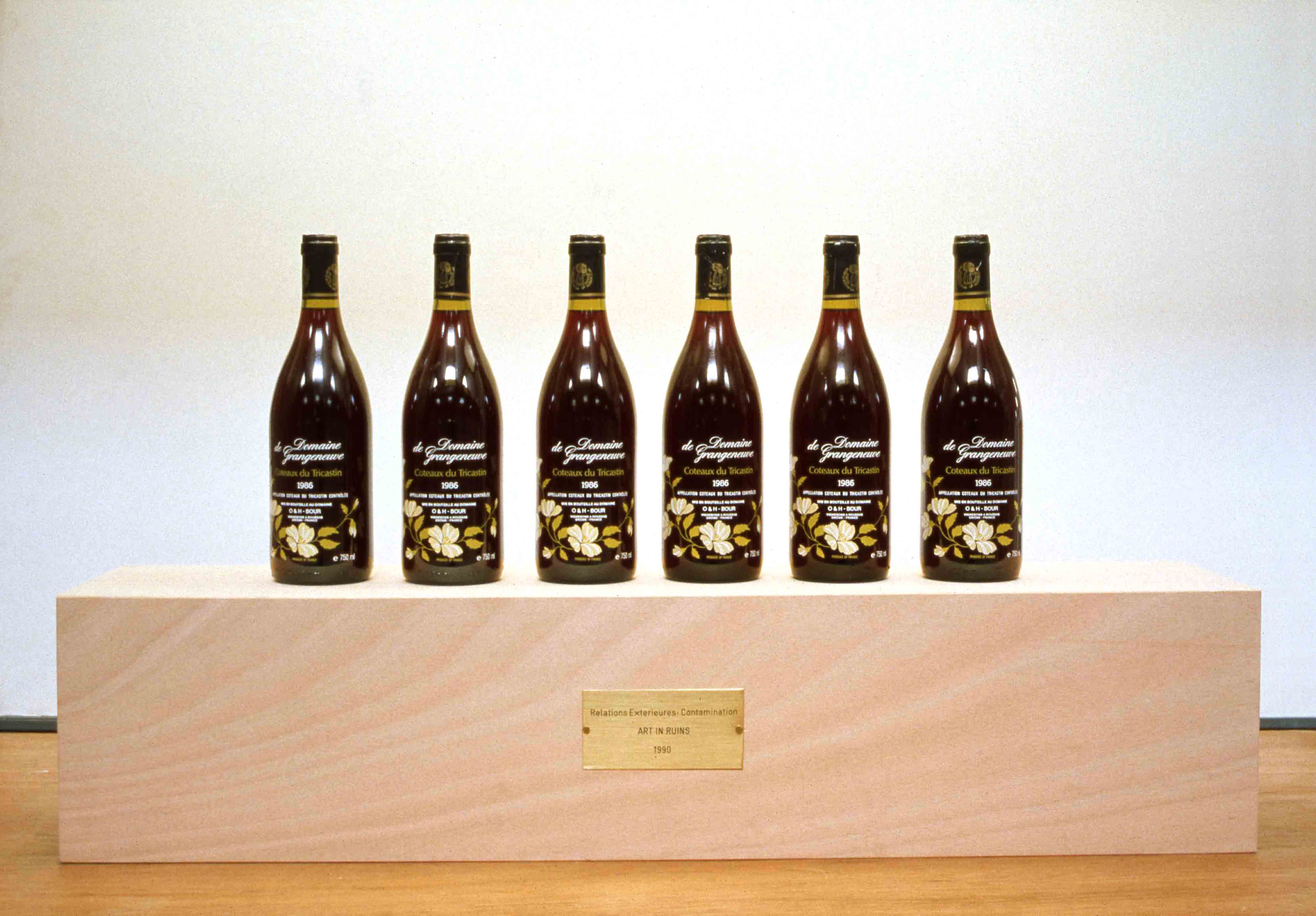 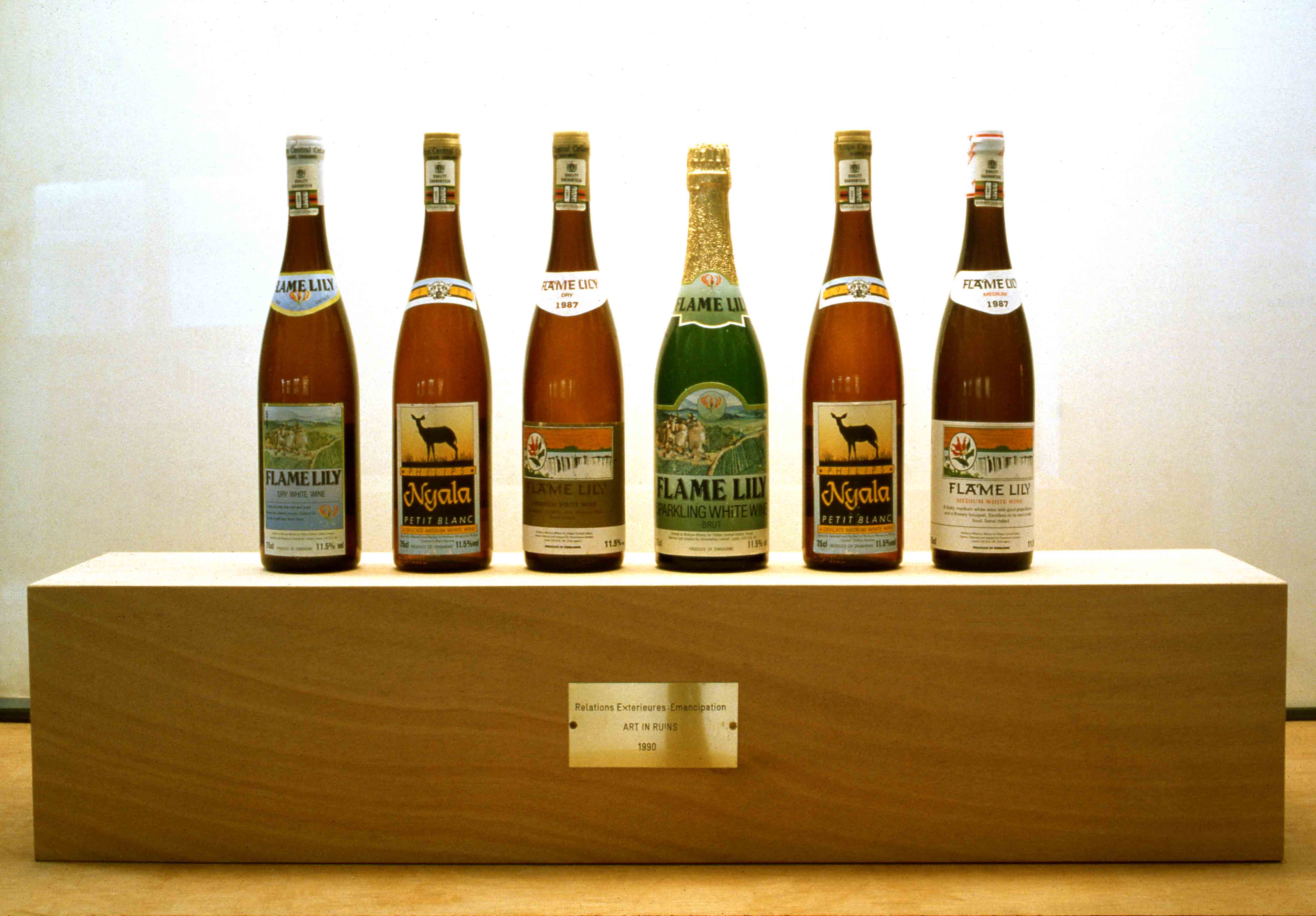 Art in Ruins and Art. The name is a programme. The English team of artists Hannah Vowles and Glyn Banks call themselves « Art in Ruins ». The name has a double meaning.

Art in late-capitalist society has lost its mythic autonomous character. On first sight it serves as a satisfaction for cultural needs, and is bound to the capitalist system of exploitation, which is more orientated to commercial aspects than to the «human». Art becomes a spectacle, which is running on empty. The spectacle fulfils its function, if it can mask the contradictions of the system. The artist within it is the sole subject on which the objects (as no longer existing subjects) can elevate themselves. Art in Ruins, art finds itself only as a ruin, in a state of dissolution.

To given postmodern society Art in Ruins answer in their own way. Their policy (course of action, tactics) is not due to a cynical acclamation, but understands itself as a strategy, which wants to reveal the basic structure of late-capitalism and late-capitalistic art. The artist-team is the starting point of this strategy, because it is apparent that there is no longer an artist-subject. The second step concerns the production: It understands itself as a critical answer and praxis to art and its functioning. By using already given patterns of art (in this case vitrines and Broadthaers-like bottles) it uncovers content as mere wrapping. Their merging in complexes and installations is a step further. The confrontation between the reality of art and everyday reality, where art reveals itself as ruined intentions, allows conclusions to be drawn as to the functioning of art and reality and their interplay.

The difference between art and non-art is convention and is questioned by their strategic action.

Art in Ruins as production in ruins: Strategic Defense Initiative